Binge Drinking Among Females on the Rise

You are here: Home / Opinion / Binge Drinking Among Females on the Rise
October 14, 2013 by Editorial Staff 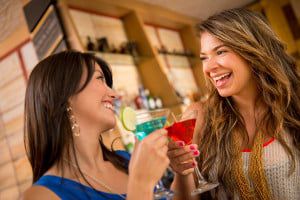 Earlier this year, the Centers for Disease Control and Prevention (CDC) labeled binge drinking as a serious, under-recognized health problem among women and girls. According to the report, 1 in 8, or 14 million, US women binge drink about 3 times a month and consume an average of 6 drinks per binge while 1 in 5 high school age girls binge drink. The CDC, which defines binge drinking for women as consuming 4 or more drinks in 2 hours, also reported that 23,000 women and girls die each year as a result of binge drinking.

In her book Drink: The Intimate Relationship Between Women and Alcohol, award-winning journalist Anne Dowsett Johnston combines in-depth research, including the CDC’s most recent report, with her own struggle with alcohol addiction to raise awareness of increased binge drinking among women and girls.

In her own experience, Johnston began drinking regularly to handle the stress of late nights as a newly single mom after her and her husband separated. Occasional drinking turned into a glass of wine every night with the onset of menopause, anxiety, and depression and eventually turned into three to four when her son left for college. Many women of Johnston’s generation, those born in the late 70s and onward and who have fought to close the gender gap in education and in the workplace, often find themselves closing the gender gap in alcohol abuse as well, perhaps to escape from the stress of being a working mom or to feel empowered in male-dominated environments.

According to some researchers, binge drinking may also be a habit formed during college. A Harvard study recently revealed that college age women are binge drinking more than men while women with a college degree are nearly twice as likely to drink daily than those without a degree.

There’s nothing wrong with unwinding with a cocktail or a glass of wine every now and then, but drink responsibly by following these guidelines:

Read an excerpt from Jonhston’s Drink: The Intimate Relationship Between Women and Alcohol at The Wall Street Journal.