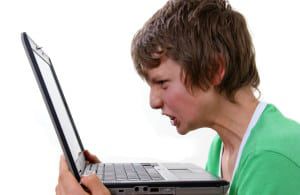 Decreasing the number of drunk drivers on the road is a priority, especially considering the damage that can be done in our lives and to our property. California, like many other states, conducts sobriety checkpoints in order to reduce the destruction of drunk and other dangerous drivers on the roads. But, a quick search online shows that these checkpoints are public knowledge; they’re announced before happening. So, how can a DUI or sobriety checkpoint be effective if drunk drivers know what’s ahead of them on the road?

Most of the time, the announcements don’t give out exact details regarding the location of the DUI checkpoint, but in order to remain compliant with the law, the public must be informed. Just like the “implied consent” laws that deny Californians the ability to refuse a chemical blood alcohol concentration (BAC) test if they’re suspected of drinking and driving, law enforcement must also “give a little” to get the wanted results. In this case, law enforcement announces the DUI checkpoint so that California drivers are aware… from there, it is most likely local residents who disclose the location of the checkpoint. Using the Internet for announcements about DUI checkpoints in California just reaches a larger audience than print, television or radio.

DUI checkpoints in California and across the country not only discover drunk drivers, but they are effective in finding other types of violations and violators, from improperly restrained children in car seats to criminals with outstanding arrest warrants. Drunk drivers are probably the most common criminals caught, however, leading directly to the consequences of a California DUI and possible car breathalyzer or ignition interlock requirement. So, if you read about a DUI checkpoint in California on Twitter or Facebook, know that you’ve and the rest of the public has been officially informed of sobriety testing in your area and if you’ve been drinking, you’re about to be informed of your rights.

WV Interlock Law and Your DUI
Next Post: What Sets Off an Ignition Interlock Device?