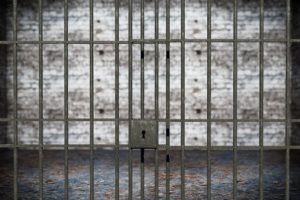 Drinking and driving is a problem, especially for a habitual DWI offender. However, there’s no actual cure for a DWI, as there’s no disease, just a choice to drive while intoxicated. Some argue that alcoholism is a disease, but drinking and becoming drunk alone is not punishable by law. It only becomes illegal when one decides to get behind the wheel while intoxicated.

A DWI is the result of a choice, one made under the influence of alcohol. A habitual DWI record indicates a more serious problem for the offender. Incarceration, especially within the current prison system, cannot cure a habitual DWI offender because prison doesn’t treat the decision-making process. Prison is a time-out for people who make a terrible decision while inebriated, but it does nothing to prevent or fix the problem at hand.

In the case of Tim Solano, a man currently set to serve the maximum prison sentence for his sixth DWI in New Mexico, his lawyer is quoted calling the case “truly tragic” and said it was “an example that prison time doesn’t cure somebody.” She went on to say “when it comes to DWI, statistics show the longer someone is in prison, the more likely they are to re-offend when they get out.” Most lawyers will push from both sides to get the offender probation because of rehabilitation programs and the use of an ignition interlock or other devices that help repeat offenders.

An ignition interlock device, for example, is an exemplary way to keep the streets safe and sober, as it takes away the choice to drive while intoxicated. An interlock is a police-grade breathalyzer for private and company-owned vehicles that either allows or denies a driver to start their vehicle depending on the BAC (blood alcohol concentration). While there is no cure, devices like these could help prevent habitual DWI attempts and encourage rehabilitation, as well as keeping inmate numbers (and tax dollars) at bay.

Heroes of the Road: Arizona’s Own ChasersDD!
Next Post: California’s New Rideshare Laws