Is a Colorado Scholarship Encouraging Underage Drinking and Driving?

You are here: Home / General Information / Is a Colorado Scholarship Encouraging Underage Drinking and Driving?
January 15, 2015 by Editorial Staff 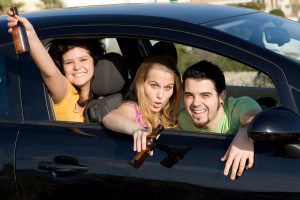 Despite a “zero tolerance” toward underage drinking in the U.S., there are still too many incidents of that occurring. In 2012, 1,174 minors were killed in drunk driving crashes, proving that there is still a long way to go for “zero tolerance” to equal “zero fatalities” for teenagers and young adults.

Because of the statistics, a lawyer in Colorado has announced a new scholarship program for high school teenagers that has critics questioning the consequences of the program. This scholarship asks teenagers to submit an essay about their experiences with drinking and driving, in order to receive $1,000 for college. As a method to collect data for research, in order to find better methods of eliminating underage drinking, the scholarship program seems harmless enough: if a teenager has ever been intoxicated behind the wheel, there must be reasons for the behavior that should be addressed.

The problem is that some teenagers might be more inclined to drink and drive in order to be eligible for the scholarship.

On the other hand, the scholarship program could help these teenagers admit their guilt, which could be a powerful way to stop any further underage drinking incidents. By granting them a “safe space” to explain their choice, there is the possibility of self-realization, as well as points of education for others in their peer group. With the additional requirements of researching underage drinking and drinking and driving statistics, as well as coming up with a plan to ensure that choice is never made again, the scholarship could very well encourage healthy behaviors for those teenagers.

Each day, an average of three teens are killed due to drinking and driving. Finding answers to the problem are important for the safety of teenagers, as well as anyone else on the road.

The Four Biggest BAC Factors
Next Post: Would You Voluntarily Take a Breathalyzer Test?