Drunk Again? Don’t Ask a Friend to Blow into Your Ignition Interlock Device

You are here: Home / Resources / Drunk Again? Don’t Ask a Friend to Blow into Your Ignition Interlock Device
February 12, 2015 by Editorial Staff 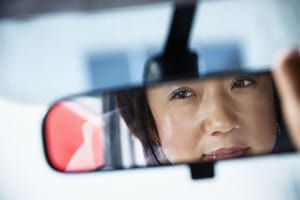 Good friends are hard to find, which is why it can be puzzling to hear when someone asks a friend to blow into their car breathalyzer or ignition interlock device. It would seem that a good friend would understand that they were the person who made the mistake of drinking and driving, and that they should take on the full consequences of those actions. But, there are those who don’t see their DUI as serious, and who are ready to put the lives of others at risk again, including friends.

If a friend blows into your ignition interlock device, they are risking a run-in with the law, and could be fined or face other serious consequences. Many ignition interlock devices have cameras or video equipment installed, which verify the identity of the person blowing into the device before the vehicle starts and during any “rolling re-tests.” This means that if your friend is shown starting your vehicle with the IID, they better be the person performing the tests while driving.

You will also have your own day in court for the violation, where you could lose your license entirely, have your ignition interlock requirement extended or face additional drunk driving charges and penalties.

When you ask a friend to blow into your ignition interlock device, you’re admitting you are too drunk to drive. You are also showing your friend that you aren’t concerned with their safety, or that of others. A drunk driving conviction is a serious matter, and your ability to keep driving with an ignition interlock device is a privilege that can be taken away, along with your freedom to drive. Instead of asking your friend to blow into your ignition interlock, just ask them for a safe ride home. Ultimately, your friendship and freedom are at stake, and neither is worth risking.

You Need More than an Ignition Interlock to Drive after a California DUI
Next Post: The Biggest Car Breathalyzer Failure is Not Using
It as Directed