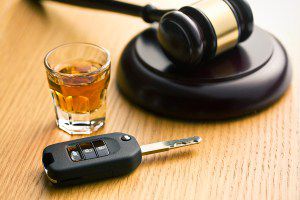 We all know drunk driving is bad. We also know that, for some reason, people are still doing it. When there is a crash or a police officer pulls you over because you seem to be driving under the influence of alcohol, you face a variety of charges. The state of Michigan has a few different charges if you decide to drink and drive.

Another Michigan charge for drunk driving is OWVI. This stands for “operating while visibly impaired”. While an OWI conviction means you were caught driving while drunk, an OWVI might mean you were drunk or impaired by drugs. In the state of Michigan, as in most states, you can be arrested and convicted for driving after drinking alcohol and for driving after taking drugs. You have to be careful with prescription drugs, as well.

UBAL is another Michigan charge you could find on your drunk driving record. It stands for “unlawful blood alcohol level”. In Michigan, the legal blood alcohol limit for driving is 0.08. Anything above that and you can be charged with a UBAL. Similar is the charge of UBAC, which means “unlawful bodily alcohol content.”

Regardless of which convictions you have, your license may be revoked or suspended. If so, you may be able to get a restricted license after a while. A restricted license allows you to drive to and from specific locations during specific times of day. If allowed to use the restricted license, you will also have to use a BAIID, which stands for “breath alcohol ignition interlock device”. In order to operate your vehicle, you’ll have to blow into the BAIID to determine if you are under the influence of alcohol or not.

Drunk driving is no joke in Michigan, and there are plenty of charges you’ll face if you’re ever convicted of the crime. The inconvenience of finding a sober ride home is well worth it when you consider the full consequences of a drunk driving accident and its impact on your life, as well as on the lives of others.