After a DUI in Virginia, What Happens to Your License?

You are here: Home / General Information / After a DUI in Virginia, What Happens to Your License?
November 11, 2014 by Editorial Staff 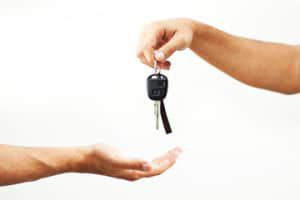 You were just convicted of a DUI in Virginia and received a “restricted” driver’s license with plenty of limitations. You’re probably worried about how you’re going to get back and forth to work, even if just to pay off the fines associated with your conviction. You didn’t think your mistake could lead to such an overwhelming outcome, but, you’re stuck trying to rebuild your life, despite a one-time error in judgment. The bad news is that you have a lot of work ahead of you. The good news is that will be able to drive again.

In order to reinstate your driver’s license, you’re going to have to pay your fines, fees and court costs, and prove that you’re enrolled in or have completed your Virginia Alcohol Safety Action Program (VASAP) requirements. You will also have to provide the Department of Motor Vehicles with proof that you are allowed to hold a restricted driver’s license in Virginia, and any proof of your ignition interlock installation. From there, depending on the circumstances of your conviction, you will have to use the ignition interlock device for a minimum of six months, during which time you will be able to drive to and from work. Any other considerations are typically handed down by the judge who heard your DUI case.

If you successfully complete your VASAP requirements and have a clean record of sober driving, thanks to your ignition interlock device, your driving privileges will be fully restored at the court’s discretion. In the meantime, the lessons learned will be some that you will never forget.  With over 27,000 DUI convictions in Virginia in 2013, there are plenty of reasons for the tough stance against drunk driving, and even more reasons for you to personally commit to remaining sober behind the wheel every time you drive.