Are Those Florida Ignition Interlock Violations Worth the Risk?

You are here: Home / Laws / Are Those Florida Ignition Interlock Violations Worth the Risk?
December 9, 2015 by Editorial Staff 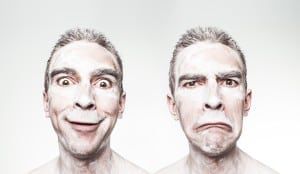 So, how does an offender know that they are in violation of the program?  Common ignition interlock program violations in Florida include:

One exception to the rule is for those who must operate a vehicle as a part of their duties on their job. In this case, an employer must prove they understand the ignition interlock requirement and take responsibility for their employee (the DUI offender). If the employer is the one with an ignition interlock requirement, however, they cannot sign off on their own use of a company vehicle without an interlock installed.

A DUI offender in Florida has already proven poor judgement with drinking and driving once. With any violations or attempts to drive without an interlock, the trust that is given quickly changes into disappointment and disbelief.  Taking an ignition interlock requirement seriously is the best way to ensure there are no violations and a smooth road to recovery after a drunk driving conviction.

How Did West Virginia Drop DUI Fatalities by 40 Percent?
Next Post: Top Reasons to Install an Voluntary Ignition Interlock