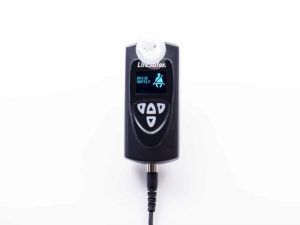 Texas has upped the game when it comes to drunk driving. Now allowing all offenders have access to ignition interlock devices after a conviction. The benefit to that expansion is that more people can use the devices in order to drive legally. The problem is that unless the law requires the devices for drunk drivers, many offenders will still keep driving, perhaps ending up with a Texas felony DWI as a result of their illegal driving or worse.

When a person is convicted of drunk driving, they have driven while intoxicated an estimated 80 times previously.

When a person is convicted of a Texas DWI felony, they have either been caught and convicted for driving while intoxicated at least twice, or their very first DWI ended up with an injury, death or other aggravating circumstances.

Penalties for a Texas DWI felony include:

We know that ignition interlocks are a solution for repeat drunk driving offenses. But, the devices only work when they are used. A person who has been convicted of drinking and driving one time has statically also driven while intoxicated an estimated 80 times previously. Most offenders claim it was a one-time mistake, and while that is possible, the only way to ensure another mistake is with an ignition interlock device.

Considering the nature of a Texas felony DWI and the danger those drivers pose to others on the road, it makes more sense to trust the technology that prevents a person from drinking and driving than the promises of a person who may not ever take sober driving seriously.

A New Obstacle for Habitual Wisconsin OWI Offenders
Next Post: A Florida Felony DUI Conviction is for Life