Need a DUI Expungement West Virginia? Get an Ignition Interlock!

You are here: Home / Resources / Need a DUI Expungement West Virginia? Get an Ignition Interlock!
June 30, 2015 by Editorial Staff 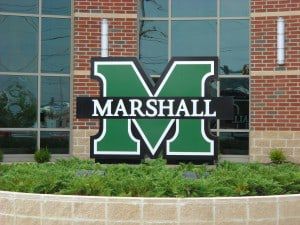 Forgiveness is an important part of life; it frees us from the past and the emotional (or legal) ties that bind us to our indiscretions and mistakes. In the legal world, forgiveness comes in the form of an expungement of a criminal charge, like a DUI, in order for a person to resume a regular life without the burden of a drunk driving record. West Virginia does allow a DUI expungement for offenders, under certain criteria, as a way to keep a “mistake” from ruining an offender’s life. That’s a lot of forgiveness for a “mistake” that could have cost lives.

You could qualify for a DUI expungement in West Virginia if:

Since drinking and driving is such a serious crime, there are plenty of reasons for a DUI to remain on your record. On average, a convicted drunk driver has driven under the influence of alcohol around 80 times prior to their arrest, which is why DUI expungement is a true act of forgiveness. As long as you can demonstrate that you understand the danger you were on the road, and take the steps to prove your commitment to sober driving, you may be able to get your DUI expunged in West Virginia. From there, you are free to continue your life as normal, hopefully as a rehabilitated voice against driving under the influence of alcohol.

Hey, Texas, I Have No Car, Why Do I Need a Car Breathalyzer?
Next Post: Virginia Sobriety Checkpoint 101: Avoid the Drunk Tank by Driving Sober