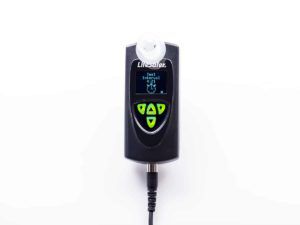 On November 1, 2017, Oklahoma implements a new, expanded ignition interlock law. That means you’ll likely see more people driving next to you while blowing into a small mouthpiece. Ignition interlock devices assure us that DUI offenders are not able to repeat their past mistakes, but an ignition interlock also allows offenders a chance at a better life after a DUI conviction. Additionally, the Impaired Driver Accountability Program (IDAP) will be a big part of getting first-time Oklahoma DUI offenders the services and rehabilitation needed to prevent future drunk driving incidents.

Ignition interlock devices give Oklahoma DUI offenders the ability to stay employed and take care of court-related obligations, as well as keep their family responsibilities intact. Expanding access means that more people will choose to drive with an ignition interlock rather than risk driving illegally and potentially drinking and driving one more time. A suspended license doesn’t do much to actually prevent a person from driving, it just tacks on additional penalties to any criminal charges if the offender is caught driving illegally.

MADD states: An interlock is more effective than license suspension alone, as 50 to 75 percent of convicted drunk drivers continue to drive on a suspended license.

Ignition interlock devices reduce the number of second or subsequent drunk driving convictions by 67 percent, making the devices effective tools in keeping the roads safe. Expanding access to interlocks can also be a deterrent for a would-be, first-time Oklahoma DUI driver, too.

Oklahoma has strict DUI laws in order to keep the streets safe, and the added bonus is that with the interlock expansion, an offender has the opportunity to rebuild their life after a DUI in a positive way. Not all laws are meant to punish criminals, and when it comes to drinking and driving, the chance to turn down a better road to recovery can perhaps be found in allowing more offenders the ability to maintain their independence.

What to Do After Your First New Mexico DWI?
Next Post: You, Your Friends and Your Arizona Ignition Interlock Requirement