You are here: Home / Laws / What Are Open Container Laws? 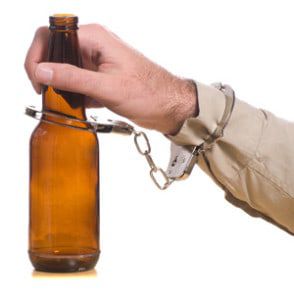 You know that drunk driving laws deal with the offense of drinking while impaired by alcohol, but did you know that there’s a separate law for having an open container of alcohol in your car or for consuming alcohol while driving?

Open container laws aim to deter drunk driving by prohibiting the possession of an open alcoholic beverage and consumption of an alcoholic beverage in a motor vehicle while driving on a public highway. They also limit public intoxication by regulating and prohibiting the possession of open containers in public areas, such as parks and on public streets.

Similar to the law that makes the legal blood alcohol concentration limit 0.08, open container laws are not exactly required by the Federal government. In 1998, a Federal program called the Restoration Act was created to encourage States to enact open container laws. States that don’t enact the law or comply by the program’s requirements will lose a portion of their federal-aid highway construction funds. Currently, only 39 states have an open container law.

Open container law offenders may also be issued a breath test when pulled over and cited for holding an open alcoholic beverage or having one in the driver or passenger area. Even if you pass the test, you can still be cited and face the consequences but only if the arresting officer can prove that you actually consumed the alcohol while driving.

Consequences for violating open container laws vary widely from state to state but usually include driver’s license suspension and/or a small fine. However, if you are charged with DUI and had an open alcoholic beverage in your car, you’ll face much higher consequences.

Whether or not your state has an open container law, never drink and drive, drink while driving, or knowingly drive with an open container of alcohol in your vehicle. You could potentially save yourself the shame and financial trouble of a DUI or citation or even save a life.