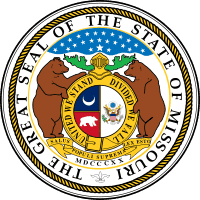 According to the Missouri Coalition for Roadway Safety, drunk driving contributes to about 30 percent of Missouri’s traffic fatalities and results in the death or injury of over 6,000 people each year. However, the state significantly improved their drunk driving laws in 2012 by becoming the 17th state to require ignition interlock installation for all convicted drunk driving offenders. The law goes into effect in October 2013.

DWI Laws
Anyone who operates a vehicle with a blood alcohol concentration (BAC) of 0.08 or higher in Missouri is charged with driving while intoxicated (DWI). However, drunk drivers can face DWI conviction even with a BAC below 0.08 if the arresting officer can determine impairment. The consequences for DWI in Missouri can include a fine, jail time, and license suspension:

If a drunk driver causes a crash resulting in the death of any person, the DWI is elevated to a Class C felony punishable by up to 7 years in jail and/or a fine of up to $5,000. A DWI is elevated further to a Class B felony punishable by 5 to 15 years in jail if the crash resulted in the death of two or more people or if the driver’s BAC was 0.18 or higher.

Ignition Interlock Laws
Currently, only repeat offenders are required to install an ignition interlock in their vehicle for at least six months in order to regain their driving privileges obtain a limited or restricted license. However, Missouri’s new ignition interlock lock expands mandatory interlock installation to include first-time offenders, who will be required to keep the device installed for 75 days before receiving full driving privileges.