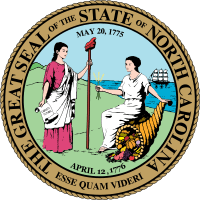 In 2011 alone, North Carolina had 365 drunk driving-related deaths, making up 30 percent of the total traffic deaths that year. Mothers Against Drunk Driving (MADD) is currently working toward introducing and passing a law in the state that requires all convicted drunk drivers to install an ignition interlock device in their vehicles. Currently, North Carolina only requires interlock installation for first-time offenders with a blood alcohol concentration (BAC) of 0.15 and repeat offenders. However, MADD believes that expanding the North Carolina’s interlock law to include all first-time offenders would significantly reduce repeat offenses and drunk driving-related fatalities.

DWI Laws
Anyone who operates a vehicle with a BAC of 0.08 or higher in North Carolina is guilty of driving while impaired (DWI), a misdemeanor punishable by a fine, jail time, and driver’s license suspension. A DWI is elevated to a Class F felony if the offender has been convicted of three or more DWI offenses within 10 years. A Class F felony for DWI is punishable by a fine, jail time, and permanent license revocation.

Exact consequences are dependent on a variety of factors to be weighed by the judge but include a fine ranging from up to $200 to up to $10,000 and 24 hours to 60 days at the least and 12 to 36 months at the most in jail. The offender’s driver’s license will also be suspended for at least a year or permanently revoked.

Ignition Interlock Laws
North Carolina only requires first-time offenders with a BAC of 0.15 and all repeat offenders to install an ignition interlock device in their vehicles. The offender must keep the device installed for 1 to 7 years starting from the date his or her license is restored. The exact length of time is dependent on the amount of time the offender’s license was revoked.