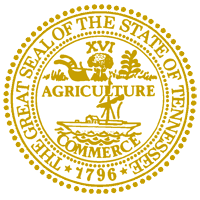 While only 27 percent of Tennessee’s total traffic fatalities in 2011 were drunk driving-related, repeat DUI offenses have become a persistent problem in the state. Of 2012’s 16,894 drunk driving convictions, 3,716 were repeat offenses, according to Mothers Against Drunk Driving. Sevier County Sheriff Ron Seals told Knox News that drunk drivers on their fifth, sixth, seventh, and even eighth convictions continue to drive drunk while a News Sentinel review of drunk driving in East Tennessee reveals that it’s not unusual to find DUI offenders on their 14th conviction.

However, Tennessee took a huge step toward reducing both drunk driving and repeat offenses by expanding their repeat offender-only ignition interlock law to include first-time DUI offenders, which went into effect July 1. The 18th state to enact an all-offender interlock law, Tennessee takes the use of interlocks further by requiring DUI offenders to also install an in-vehicle camera to deter drivers from having someone else blow into the device.

DUI Laws
Anyone who operates a vehicle with a blood alcohol concentration of 0.08 percent or higher in Tennessee is charged with DUI, punishable by a fine, jail time, driver’s license revocation, and participation in an alcohol and drug treatment program.

Drivers under the age of 21 who are convicted of DUI must pay a $250 fine and lose their license for 1 year.

Ignition Interlock Laws
Tennessee’s recently expanded ignition interlock law requires any driver convicted of DUI to install an ignition interlock device in his or her vehicle for at least 6 months after driver’s license reinstatement.