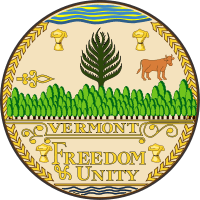 Vermont had only 18 drunk driving-related fatalities in 2011 and only 94 in the past five years, according to Mothers Against Drunk Driving (MADD). However, 33 percent of the state’s total traffic deaths were DUI-related, and nearly 7,000 DUI offenses were by repeat offenders. Despite the state’s high number of repeat offenses, Vermont has only an optional interlock program for convicted drunk drivers, which was enacted in 2010. MADD is currently working to advance all-offender interlock legislation in the state.

DUI Laws
Anyone who operates a vehicle with a blood alcohol concentration (BAC) of 0.08 in Vermont is charged with driving under the influence of alcohol (DUI). The legal limit for drivers under the age of 21 is 0.02. In Vermont, a DUI is punishable by a driver’s license suspension and a fine, jail time, or both:

A convicted drunk driver’s license can only be reinstated after the offender has completed an alcohol and driving education program, alcohol assessment, and, if needed, alcohol rehabilitation program.

DUI consequences increase if the DUI offense resulted in the death or injury of another person.

Ignition Interlock Laws
Ignition interlocks are not required for convicted drunk drivers in the state of Vermont. However, as long as the DUI offense did not involve a crash resulting in serious injury or death to another person, any DUI offender can reduce their license suspension period by volunteering to install an ignition interlock device in their vehicle. The offender must keep the device installed and drive with a restricted license for a certain amount of time before their full driving privileges are reinstated: