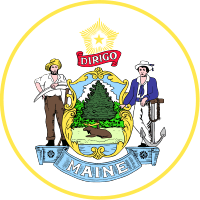 DUI Laws
Anyone who operates a vehicle with a blood alcohol concentration (BAC) of 0.08 or higher in Maine is charged with operating a vehicle under the influence (OUI). An offense is considered a repeat offense if it occurs within 10 years of a prior conviction. Consequences include a fine, jail time, and driver’s license suspension.

A BAC of 0.15 or higher, exceeding the speed limit by 30 mph, and committing the crime while a passenger under the age of 21 is in the vehicle are all aggravating factors that increase OUI consequences. For example, a first-time offender would face at least 48 hours in jail.

Previous Post: « Riding With Drunk Drivers Leads to Underage Drinking and Driving
Next Post: Should MADD Take on Distracted Driving? »