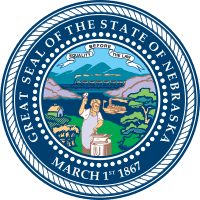 From felony DUIs to mandatory ignition interlock installation for all convicted drunk drivers, Nebraska is tough on their drunk driving offenders. As a result, the state had only 45 drunk driving-related fatalities in 2011, making up 25 percent of total traffic fatalities that year. Nebraska’s greatest drunk driving law improvement came in 2008 with the enactment of an all-offender interlock law. The law has only been improved almost every year since then.

DUI Laws
Anyone who operates a vehicle with a blood alcohol concentration (BAC) of 0.08 or higher in Nebraska is guilty of driving under the influence (DUI). A DUI is considered a misdemeanor after a first, second, and third offense and a felony after fourth and subsequent offenses. Consequences for DUI include a fine, jail time, driver’s license revocation, alcohol assessment and, if needed, treatment, and vehicle immobilization for 5 days to 8 months (after second and subsequent offenses).

Consequences increase for all DUI offense levels if the offender’s BAC is 0.15 or higher. For increased consequences, visit www.transportation.nebraska.gov.

Ignition Interlock Law
All convicted drunk driving offenders are required to install an ignition interlock device in Nebraska. As of January 2012, offenders may also install the device in order to waive their right to an Administrative License Revocation hearing.