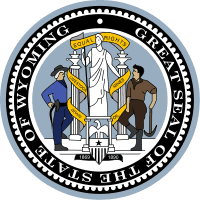 Despite being one of the top five states with the most drunk driving-related fatalities per 100,000 people in 2007, according to Forbes, Wyoming had only 38 drunk driving-related fatalities in 2011, making up 28 percent of total traffic deaths that year. However, the state’s low number might have more to do with the fact that Wyoming has the smallest population of any state than with its drunk driving laws. While Wyoming expanded its ignition interlock law in 2011 to include first-time offenders with a blood alcohol concentration (BAC) of 0.15 or higher and all repeat offenders, the state does not require interlocks for all first-time offenders and is one of ten states with a law against sobriety checkpoints.

DUI Law
Anyone who operates a vehicle with a BAC of 0.08 or higher in Wyoming is guilty of driving under the influence (DUI). First, second, and third DUI offenses within 10 years are misdemeanors while a fourth offense within 10 years is elevated to a felony. Consequences include a fine, jail time, driver’s license suspension, substance abuse assessment, and, if needed, substance abuse treatment.

Ignition Interlock Law
First-time offenders with a BAC of 0.15 or higher and all repeat offenders are required to install an ignition interlock in their vehicles in order to have their driving privileges reinstated after the license suspension period ends.