You are here: Home / Laws / Texas Ignition Interlock Devices are the Best!
June 22, 2015 by Editorial Staff 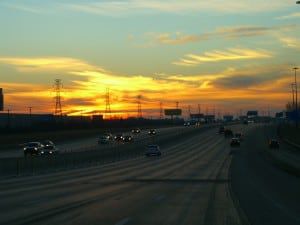 Texas is a state full of proud people who work hard and play hard. Unfortunately, Texas is also the number one state for drunk driving fatalities, an obvious problem that shows how playing hard also requires responsible drinking. Texas may soon have a fix, however, with the recent legislation to increase the number of car breathalyzer or ignition interlock devices for first-time DWI offenders. In fact, it looks like one of the best steps Texas could take in strengthening its ignition interlock law is right around the corner.

Texas ignition interlock laws are the best way to prevent further incidents of drunk driving, even when it’s “only”  first-offense DWI. The devices are used to prevent a person who has already been convicted of DWI from operating their vehicle if they’ve been drinking alcohol. The proposed law gives that offender the chance legally drive by installing an ignition interlock, or have their license suspended as a result of the DWI. The best part of the new ignition interlock law in Texas is that either way, a DWI offender will have a tough time repeating that crime, and will be an example to others who haven’t learned the “drink responsibly” lessons.

Any convicted DWI or other drunk driving offender is a repeat offender, statistically. That first (or subsequent) DWI is only a reminder that the person got caught driving while intoxicated. In Texas, lowering the risk of a drunk driving fatality has the best chance of success with a first-offense ignition interlock requirement, and it seems that chance is quickly to the Lone Star State. Texas has a reputation for many great things, and by reducing the number of drunk driving fatalities, that reputation can include the hard work of playing hard and playing fairly, especially where responsibility matters most – in saving lives.