That Texas Ignition Interlock Will Restore Your Freedom

You are here: Home / Laws / That Texas Ignition Interlock Will Restore Your Freedom
August 11, 2015 by Editorial Staff 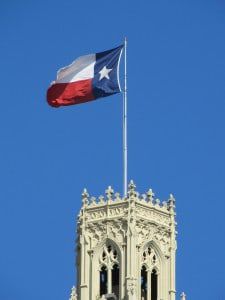 We are a nation that holds personal freedom in high regard, and if there was ever a state that truly represented freedom, some would say that Texas immediately comes to mind. In the spirit of freedom and choice, a new law was recently added to the books in Texas, specifically for those who are convicted of drinking and driving: you can now choose to install a car breathalyzer or ignition interlock rather than have your driver’s license suspended after a drunk driving conviction.

This new law increases the chance for a better recovery after a DWI in Texas. A first-time convicted drunk driver is not mandated to install the device if their blood alcohol concentration (BAC) was lower than .15 percent (and at or above the .08 BAC limit) at the time of their arrest, but, they have the option to do so instead of facing a license suspension. That means that the offender who chose to drink and drive is still able to get to work and take care of family obligations, as long as they’re using an interlock while driving.

The new law also establishes the all-important “choice” factor in how an offender resumes their life after a DWI. If the offender cannot afford an ignition interlock, they aren’t saddled with the monthly financial commitment. Although that does increase the frustration factor with finding alternative transportation, for those facing the financial aftermath of a DWI, that choice can be a relief and add to their ability to get their life back in order after the conviction is handed down.

Still, the best part of this is that more interlocks are within the reach of more convicted DWI offenders in Texas. That will ultimately lead to a choice to remain sober while driving, instead of facing even more consequences on the road and in the courtroom. With Texas and the entire country giving everyone the option of sober driving after a DWI with an ignition interlock, there’s an even bigger freedom from the dangers of drunk drivers on the road. That’s a freedom we all deserve.