Texas Underage DUI: The Under 21 DWI 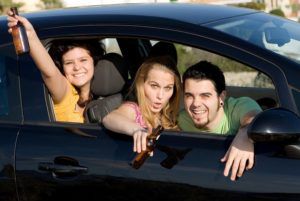 Last year, 13,510 Texas underage drunk driving crashes resulted in 535 fatalities and 1,355 serious injuries. Intoxicated drivers under the age of 21 are the only offenders that can be charged with driving under the influence (DUI), rather than driving while intoxicated (DWI). There are more differences between the two charges, like a DUI requires only that the underage driver’s blood alcohol concentration is above zero. ANY amount of alcohol detected by a breath test can result in a Texas underage DUI charge.

A Texas underage DUI can cost you big time, including up to $17,000 in court costs, fines, and associated expenses.

A Texas underage DUI can also affect a parent’s life, especially if a student’s license is suspended or revoked or if there is an ignition interlock requirement. For a first-time offense, the penalties include a maximum of 180 days in jail, a fine of up to $2,000, a Class C misdemeanor conviction and up to 90 days with a suspended license. Insurance rates may rise or the policy can be canceled. In the case of an ignition interlock device, anyone who drives the vehicle must use the device to remain in compliance with the court order.

Offenders can be charged with additional alcohol-related crimes, such as:

Any criminal conviction can affect your ability to enter into colleges and universities or secure housing or employment in the future. A DUI can stay on your criminal record for decades, and more and more places are running criminal background checks on applicants for a variety of reasons.

14% of DUI related fatalities in Texas are caused by underage minors. However, there really is no excuse for anyone to be out on the roads if they have been drinking. The risk of a criminal conviction and the whole financial impact of a Texas underage DUI should be enough to make you reconsider your evening plans.

The Good and the Bad Wisconsin OWI News
Next Post: Mississippi Underage DUIs Punish to Protect