Is Underage Drinking the Right Call for Military Members?

You are here: Home / Opinion / Is Underage Drinking the Right Call for Military Members?
March 13, 2015 by Editorial Staff 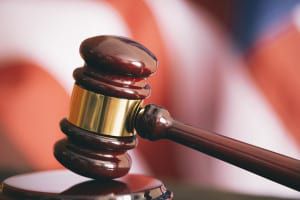 For many, the idea that a person can fight for our country but cannot legally drink alcohol is appalling. These young men and women put their lives on the line to protect the U.S., but are treated like “children” when it comes to making a personal choice to have a beer. There is plenty of support for changing the rule, even if only on military bases where the enlisted men and women are in a more controlled environment and where they face military sanctions over appearing in a public criminal court.

But, others wonder why there should be special privileges for military members when it comes to drinking, especially since they still face the same risk factors as civilian minors, including drinking and driving. Underage drinking is a problem whether a person is in the military, enrolled in college or a university or attending the “school of life,” and with one bad decision, young lives can be changed forever.

Considering a drunk driving conviction could be an obstacle for even enlisting in the military, allowing underage drinking after enlisting is a contradiction in those policies. Plus, car breathalyzer and ignition interlock requirements are part of a drunk driving conviction in the private sector, not in the military, and there could be even more confusion about the consequences in a state DUI court versus a military court. Unfortunately, a special privilege to drink may be more dangerous and confusing than it is worth, and the lives that protect us may deserve a chance to grow up like everyone else.

There are plenty of factors to consider when looking at allowing underage drinking for military members. There is no safe amount of alcohol we can drink before driving, and alcohol has a way of encouraging bad “in the moment” decisions. Even though it may seem unfair that underage military member cannot legally drink, changing that policy could encourage irresponsible behavior – and that’s the last thing anyone wants from our prized military members.

Just Your Luck: Avoiding a St. Patrick’s Day DUI
Next Post: Ignition Interlock Refusal in Virginia: What’s the Worst that Could Happen?