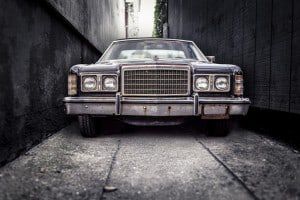 We all know there are big differences between a first offense DUI in Virginia and a second or subsequent offense in the Commonwealth. Not only does your financial impact increase because of higher court fines, costs and fees for attorneys, but you also have more costs coming from your car breathalyzer or ignition interlock requirement. With each DUI offense, the time you are required to use an interlock increases, piling on more bills because you chose to drink and drive… again. In Virginia, there’s also another big difference with an interlock requirement after your second commitment: the number of devices you’re ordered to install.

After a first-time DUI in Virginia, there is hope that an offender will make better decisions once the fines are paid, the VASAP program is completed and the interlock is finally removed. Unfortunately, even in Virginia, where DUI laws are tough, people still continue to drink and drive, despite prior convictions. That means that a person is no longer given any consideration for their “lack of judgment,” and that they are quickly headed down an intoxicated road to habitual offender status and plenty of ignition interlock commitments.

Even when you might feel “okay to drive,” remember that you’re putting your life and others at risk when you drive under the influence of alcohol. Instead of the cost of multiple interlocks in Virginia, consider the cost of injuring another person, or worse, and make a smarter plan to get home safely. We all have enough bills in life, and the cost we pay when we drink and drive is just too high.