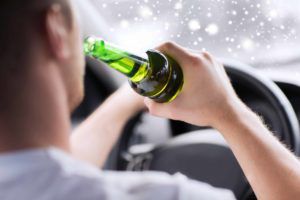 Somehow, despite DUI numbers on the rise again, some people still don’t seem to understand where to draw the line with alcohol and vehicles.  Most states (except Mississippi) say that if you’re at an age where you’re allowed to drive you should know that having an open container of alcohol in a vehicle is illegal. Virginia is no exception, with an open container law that states, “it shall be unlawful for any person to consume an alcoholic beverage while driving a motor vehicle upon a public highway of this commonwealth.” The Commonwealth has common sense when it comes to open container laws.

These laws don’t apply to alcoholic beverages that are sealed, however. However, if a person is prosecuted for the offense, it will be considered punishable as a class 4 misdemeanor. There will likely be a DUI and even a car breathalyzer or ignition interlock requirement as a result.

Passengers are allowed to have open bottles of alcohol in Virginia (an exception allowed in only seven states), but even that can lead to charges for the driver, as an officer might make the reasonable presumption that he or she has been drinking also. Passenger drinking is therefore not encouraged. It’s just not worth the potential legal hassle to be drinking in a vehicle at all. Better to wait until you get indoors and only drive or ride sober.