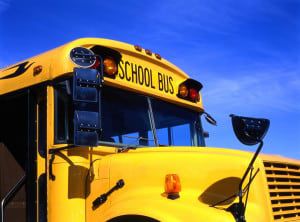 Virginia law is clear about what it takes to drive after a DUI charge – you will need an ignition interlock device (IID). For all first-offense and any subsequent DUI convictions, you will be required to install an IID on your primary vehicle, and possibly other vehicles you own or have access to. These restrictions help protect the public from any further drunk driving dangers, while allowing you to keep working and living your life as normally as possible. Of course, there are limits to the freedom you can have with an ignition interlock requirement in Virginia, especially if you have to drive while you’re “on the clock” at work.

In Virginia, you cannot operate these vehicles when you have an IID requirement:

In some cases, an employer may petition the court to allow an employee to drive a company-owned vehicle without an ignition interlock device, as long as it is not a commercial vehicle or owned by a school system. However, this courtesy is not extended to a vehicle that is owned by the DUI offender’s business. In other words, if you own your own company and are convicted of a DUI, the court will not allow you to drive a company vehicle without an ignition interlock device installed.

The ability to keep driving to and from work is an important part of moving beyond a DUI conviction. Even if your job requires you to drive, you may still be allowed to fulfill that function and continue earning your paycheck just like you did before being convicted of a DUI. Ignition interlock devices are proving to be a vital tool in the fight against drunk driving, giving offenders the chance to learn from their mistakes and still be productive at work and in life.