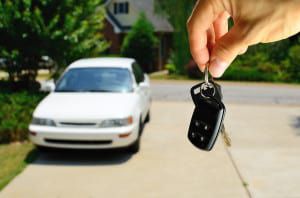 Driving drunk is inexcusable these days. For too long, we have been hearing about the dangers of drunk driving everywhere we go. There are smartphone apps and devices that can help you figure out how drunk you are before you even get into your vehicle. There are billboards all along the highways reminding you to never get behind the wheel if you’ve been drinking. The dangers of driving drunk are even part of many K-12 school curriculums, educating kids early on one of the most preventable dangers of modern society.

But, what happens when you do your best to avoid driving while intoxicated and you’re still told you’ve committed a crime?

In Virginia, it’s possible to be arrested and convicted of a DUI while just sitting in your car as it’s parked in your driveway. Recently, the Virginia Supreme Court affirmed the conviction of Justin Sarafin. Sarafin was drunk one night and decided to sit in his vehicle and listen to the radio while he sobered up. The key was in the ignition so that the radio would play. Even though Sarafin was on private property at the time, he was arrested and convicted of DUI. The VA Supreme Court voted 4-3 that his arrest and conviction were within the confines of the law. The decision broadens the definition of “highway” in DUI laws to include private property, as well.

Sarfin’s crime was that his keys were in the ignition of his car while he sat outside. He was drunk, but, he was not driving and while it may not seem fair to many, there are plenty of times when an intoxicated person is seen getting into a car, but stops short of starting it once he realizes the police might arrest him. Keys in the ignition indicate an intention to drive, and much like an ignition interlock device, Virginia police officers have the ability to stop a drunk driver from starting his own car, in his own driveway in order to prevent even the slightest chance of a DUI.

Does Your Thanksgiving Menu Include Drunk Driving?
Next Post: That Glass of Wine May Lead to More than Drinking and Driving