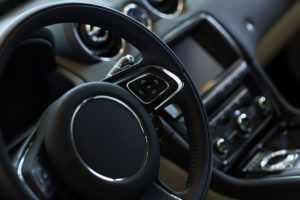 West Virginia tries to make its DUI laws and consequences as transparent as possible. There’s even an easy guide online to enrolling in the state’s Alcohol Test and Lock Program (ATLP) after your drunk driving conviction.  That program monitors your car breathalyzer (ignition interlock) compliance, keeping you from any missteps as you move beyond your DUI. What West Virginia doesn’t provide is a black-and-white solution for DUI offenders who need to drive while they’re at work.

West Virginia doesn’t have a specific ignition interlock employment exemption like other states.

The lack of paper trail doesn’t mean that a DUI offender who must drive while on the clock has to stop driving. West Virginia law says that every DUI offender can drive at work, as long as they stay off of open highways and public traffic areas. So you can drive your employer’s vehicle on your employer’s property without an ignition interlock device to keep you sober behind the wheel.

If you are discovered driving without an ignition interlock device on a public roadway, you will face further penalties, even if you’re driving for your employer in their vehicle on company time. Those penalties may include a month in jail and additional fines. None of this applies to CDL drivers, or those who transport materials or people for employment purposes. In fact, a CDL driver could lose that license entirely, on top of the standard DUI penalties.

In states that have ignition interlock employment exemptions, there is paperwork to file with the court that says you are allowed to drive at work without the device. That same paperwork also informs your employer of your drunk driving conviction, especially since they are giving you permission to drive their vehicles after a DUI. West Virginia simply cuts out the extra step and allows all offenders to keep up their recovery process, as long as they do safely and with an eye on a responsible future.