What Will a DUI Do to Your Car Insurance?

You are here: Home / Resources / What Will a DUI Do to Your Car Insurance?
June 27, 2014 by Editorial Staff 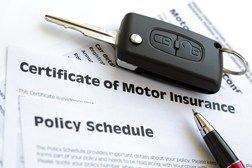 You know that driving under the influence (DUI) can lead to a fine, jail time, and driver’s license suspension, but once the check is signed, the jail time’s up, and your license is returned, the consequences of DUI continue for years to come via your car insurance.

You’ll also be required to a file an SR-22 with your insurance company. An SR-22 is a statement of financial responsibility that proves that you have the proper amount of insurance required by your state. An SR-22 will also put you in the higher risk category and will remain active based on your state and factors surrounding your DUI, which means even more years of increased insurance rates.

How much your insurance rates go up is dependent on a variety of factors, but the average car insurance premium can increase by a few hundred dollars when you have a DUI on your record, according to Esurance. Factors that determine how high your insurance rate goes up after a DUI include:

The next time you think about getting behind the wheel after drinking a few cocktails, remember that a DUI stays with you for years, whether you get pulled over for DUI or cause a fatal car crash while drinking and driving.

Previous Post: « Should Drunk Drivers Have an Identification License Plate?
Next Post: How Dangerous is Eating or Drinking While Driving? »