When is an Oklahoma DUI-D Like a DUI? Every Time. 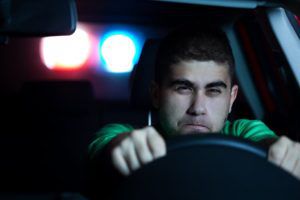 An Oklahoma DUI-D is a criminal offense that means you were driving under the influence of illegal drugs, prescription or over-the-counter medications. Just like a felony Oklahoma DUI that involves alcohol, a drugged driver or DUI-D offender is subject to similar DUI penalties, making it nearly indistinguishable from a DUI.

Drugged driving is just as dangerous as an Oklahoma DUI.

By the time a person has two alcohol-related drunk driving convictions in Oklahoma, the penalties are already pretty harsh. Court costs and fines and a car breathalyzer (ignition interlock) requirement are mandatory. On the other hand, a DUI-D has its own consequences, and once an offender has two felony DUI-D convictions (3 total convictions in 10 years) they also have an ignition interlock requirement, as well as mandatory substance abuse treatment and possible incarceration.

Oklahoma drunk driving incidents have dropped in the last few decades, while drugged driving violations are on the rise. That’s the same trend that all states seem to be experiencing, along with increases in drowsy driving and texting while driving violations. As such, it is clear that the DUI laws and consequences are good examples of how to reduce the number of other risky drivers on the roads. Any impairment on the roads is dangerous and can be addressed through public awareness and education campaigns and criminal consequences for putting lives at risk on the roads.

In Oklahoma and states like Colorado,  DUI laws and consequences don’t discern between a drunk driver or drugged driver once several convictions occur. An Oklahoma DUI-D is still driving under the influence, and when it comes to keeping the streets safe, it really shouldn’t matter what that substance is – just that the driver no longer poses a danger to others or to themselves.

Hunting Under the Influence in Virginia
Next Post: Medications and Ignition Interlock Devices