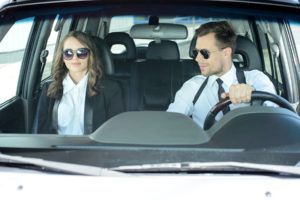 It is reported that for any drunk driving arrest, the offender has likely driven under the influence of alcohol at least 80 times prior to being caught. For some, that may be enough reason to apply the strictest consequences to any and all drunk drivers. In Wisconsin, for better or worse, there are fairly lenient penalties for drunk drivers, especially in comparison to other states. Plus, there are programs like the Safe Streets Treatment Options Program (SSTOP) that works as a drunk driving diversion program for second or third time OWI offenders.

SSTOP is not offered to first-time Wisconsin OWI offenders, which means by the time SSTOP is offered, offenders are actually getting a third or fourth chance to prove a commitment to sober driving. In exchange, they can have their record expunged after completing the probation program. The reported drop in repeat offenses (only 11 percent of SSTOP participants go on to re-offend) is a step in the right direction. There are also other steps that Wisconsin can take to fight all drunk driving incidents, like increasing penalties for a first-offense OWI, and expanding ignition interlock access for all offenders.

Current Wisconsin OWI law does not require interlocks until a second offense, or for high blood alcohol concentration (BAC) OWI convictions. A first-time OWI offense is often treated as nothing more than a traffic ticket in many cases.

Instead of giving Wisconsin drunk drivers more and more chances to make future intoxicated mistakes, there are plenty of opportunities to keep the streets safe. In fact, in conjunction with the chance to wipe the slate after an OWI is the second chance that an ignition interlock device can allow – one that has proved to effectively reduce the chances of future drunk driving incidents by up to 90 percent.