That Probably Did It: Missouri Implied Consent

You are here: Home / Laws / That Probably Did It: Missouri Implied Consent
September 19, 2017 by Editorial Staff 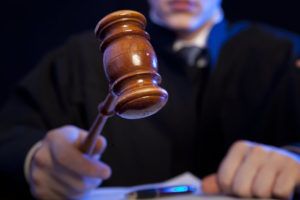 If you are pulled over by law enforcement for erratic or dangerous driving, you will probably be asked to submit a breath sample for a blood alcohol concentration (BAC) test. This standard operating procedure is a benefit in getting to the bottom of risky driving situations, allowing an immediate solution to keep the streets safe. But when a suspect refuses the test, they are making things more difficult. Missouri implied consent policies keep that difficulty to a minimum, for law enforcement and other drivers on the road.

By refusing BAC testing, you are in violation of Missouri implied consent laws. You actually agreed to submit a breath, blood or urine sample upon request way back when you first applied for your Missouri driver’s license. That agreement is where it is “implied” that you already consent to testing. When you refuse, you are going back on your agreement to consent to the test.

For a first refusal, you will have an immediate one-year license revocation. For a second or subsequent refusal (in conjunction with a second or subsequent DUI stop/charge) you will have the same one-year conviction plus a mandatory six-month ignition interlock requirement. All administrative license revocations are allowed a 15-day grace period to get your affairs in order.

In any sort of DUI or criminal investigation, probable cause is needed to make an arrest. When a suspect denies a BAC test, they could be trying to hide their level of intoxication. They could just be trying to buy time so that their BAC level naturally falls below the legal limit. As such, refusing the test can give law enforcement enough reason to go ahead an arrest a suspect. Once arrested, BAC testing is mandatory according to Missouri law.