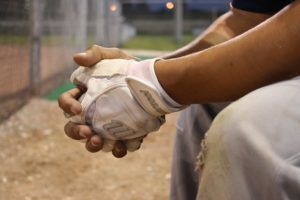 In baseball, a third strike means you can’t keep swinging at the ball, no matter what your intentions were when you stepped up to the plate. You’re out, at least until you’re up to bat again. Life in West Virginia, however, isn’t as easy as those nine innings. When it comes to drunk driving, a third strike means you’re looking at a mess of problems, like a West Virginia felony DUI.

Going along with the baseball metaphor, a first strike DUI is almost understandable; you were just getting warmed up and made a mistake by driving home in an impaired state of mind. You can easily remedy that with a car breathalyzer (ignition interlock) commitment and enrolling in the West Virginia’s Alcohol Test and Lock Program. That second strike… maybe you need to really figure out what you’re doing wrong and adjust your stance or grip on your alcohol use. By the third DUI, you’ve shown that your heart just isn’t in the game, and that you’re going to give up (and give in) to a felony DUI conviction.

In West Virginia, that felony DUI is a result of three drunk driving convictions within the state’s 10-year lookback period. Since West Virginia participates in the Driver’s License Compact along with 44 other states, a DUI conviction that occurred out of state will count toward your total offenses. Also, if your DUI caused death or bodily injury to others, then that’s an automatic felony, no matter how many prior offenses you have. In any case, a felony DUI in West Virginia carries severe consequences, like three years in prison.

It can be hard to know the right move when drinking, which is why states are more lenient with first-time offenders than those who are guilty of a felony DUI. The best game plan you can have when drinking is to have a safe ride home so you can avoid striking out with law enforcement, public opinion and your own MVP status in life.