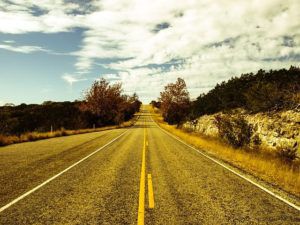 A drunk driving conviction can have several legal outcomes, especially as laws evolve in all 50 states. A first-offense Texas DWI conviction, for example, used to be pretty cut and dried – as long as your blood alcohol concentration (BAC) was on the low side. The state felt that a first-offense DWI was probably just the result of a night of bad judgment and enforced the least restrictive consequences in hopes that you won’t repeat that mistake. So you may have had some jail time and a license suspension, but that was about it.

Of course, with a first-offense Texas DWI, you also have the hope of DWI probation. Instead of serving 72 hours to six months in jail, you could be ordered to serve up to two years of probation. Your probation could include regular appointments with your probation officer, community service, abstaining from alcohol and night clubs and a substance abuse evaluation.

A first-offense DWI in Texas now means that you can forego your license suspension, as long as you install and maintain an ignition interlock device. Prior to late 2015, only first-offense DWI convictions with a BAC of .15 percent or higher or multiple offenses had ignition interlock requirements, leaving the more “forgivable” offenders without a way to remain independent after their conviction. Now you have the option of installing the device if you want to keep driving legally.

While any drunk driving conviction is a serious matter, we can all understand why there are graduated penalties for a DWI. Plus, with the new ignition interlock policy in the state, we are able to rest a little easier and allow offenders the ability to drive again. Between probation and the interlock requirement, a first Texas DWI can be a true turning point that leads to a much brighter future for the offender and much safer streets for the rest of us.

You Have the Right: Your OWN Florida BAC Test
Next Post: 3 Strikes: Your West Virginia Felony DUI