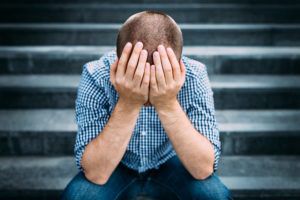 Driving under the influence of drugs or alcohol is a serious offense that carries serious consequences, as it should. When you choose to drive while intoxicated you aren’t just risking your own life, but the lives of everyone on the road. If you are involved in an alcohol-related incident, you will have to live with the consequences of your actions for the rest of your life, and not just criminal consequences, but the social and emotional consequences that come from being responsible for causing harm.

As with most states, in West Virginia you are considered legally drunk when your blood alcohol concentration (BAC) meets or exceeds 0.08 percent. If you are caught driving under the influence you will be charged with a misdemeanor for the first two occurrences. Even a misdemeanor charge carries some serious penalties such as fines, jail time, license suspension, and the use of an ignition interlock device, but a West Virginia Felony DUI conviction will result in much more significant consequences.

A West Virginia Felony DUI charge is levied in one of three circumstances; a third or subsequent DUI is committed, a DUI that resulted in death, and if you flee from the cops while committing a DUI. All three of these circumstances are avoidable if you just don’t drive after drinking. The penalties for conviction of a West Virginia Felony DUI include:

You can reduce the period of revocation by taking part in the Motor Vehicle Test and Lock program which requires you to install an ignition interlock device in your personal vehicle.

There is no acceptable excuse for being charged with a West Virginia Felony DUI. Take charge of your nights out by appointing a designated driver or even volunteering yourself. Otherwise, have a form of public transportation available to get you and your friends home safe at the end of the night.