Shocking DUI: The Most Dangerous Crime in Wisconsin

You are here: Home / News / Shocking DUI: The Most Dangerous Crime in Wisconsin
October 26, 2017 by Editorial Staff 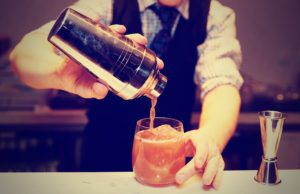 Habitual drunk driving is a problem across the nation. A head-scratching, face-palming, unbelievably preventable problem across the U.S., that is perhaps at its worst in Wisconsin. Yet, here we are, witnessing yet another person facing not one or two or even three OWIs. This man recently appeared in a Wisconsin court for his ninth drunk driving offense, a shocking DUI number, even for those who see this type of driver too often on the roads. That does not even count the times he likely drove while intoxicated and was not caught by law enforcement.

The shocking DUI reality is that sometimes people do not understand they are just too intoxicated to drive… because they are intoxicated.

We won’t make excuses; there are no good reasons for any type of drunk driving – first-time or habitual. But the question we hear often is how a person can continue to drink and drive, especially after one conviction. In many states, a first-offense conviction means an ignition interlock requirement and other criminal penalties. In Wisconsin, the laws are a little more lenient, as is the perceived attitude toward drunk drivers.

However, that attitude is not to blame for these shocking DUI stories, nor are the lenient penalties. In all cases of drunk driving, the less-than-shocking DUI truth is that a person who continues to drink and drive (like the man in question) is probably so used to functioning normally, even with a high blood alcohol concentration (BAC) level, that he doesn’t even question his ability to drive.

Prolonged drinking allows the body to compensate for the alcohol that is affecting physical and mental abilities. Over time, a person simply adapts to their alcohol-infused environment, to the best of their ability. That does not mean that person is safe. They are still impaired and a risk on the road. It does explain, however, the shocking DUI BAC levels (.267 percent in this case).

The most dangerous crime in Wisconsin seems to be habitual drunk driving, but it may really be the legal repercussions that seem to look the other way. Increasing those penalties could definitely change the way people look at drunk drivers and their own shocking DUI habits.