Austin, Texas, Refuses to Back Down from DWI Fight

You are here: Home / Laws / Austin, Texas, Refuses to Back Down from DWI Fight
January 18, 2016 by Editorial Staff 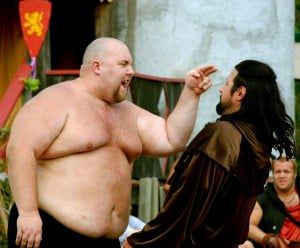 Austin, Texas is known for the unique vibe of its residents and for festivals like SXSW that celebrate its creative culture. Recently, however, Austin has a new claim to fame in the fight against DWIs: the success of the city’s “no refusal” weekends.

Texas does not allow sobriety checkpoints yet, even though the state has a “no refusal” policy for DWI traffic stops. That means that if you are stopped by law enforcement because you appear to be driving while intoxicated, you’ll be asked to blow into a breathalyzer. You can also opt to have your blood alcohol concentration (BAC) measured through other chemical testing (blood or urine), too. Nevertheless, you are obligated to submit to the testing. If you refuse, then you face a lengthy license suspension on top of a potential DWI charge.

This is why the “no refusal” weekends in Austin have been so successful – to the tune of hundreds of DWI arrests since late December, 2015. If a person submits to a breathalyzer, they are immediately cleared of (or charged with) a DWI in Texas.  Refusing the breathalyzer can mean two things: either the suspect is agreeing to a voluntary blood draw to measure their BAC or they are refusing the test. The “implied consent” laws in Texas say that in that case, a warrant for a blood sample can be issued and the suspect will be tested anyway. Then they will face a wide range of DWI and “no refusal” penalties, including jail time, court costs, an automatic license suspension and a possible car breathalyzer or ignition interlock requirement.

Austin’s success in the fight against DWI was clear during the last few weeks of 2015, and should serve to remind everyone of the dangers of driving while intoxicated. There can be a lot more to face than a blood draw or ignition interlock requirement when you drink and drive, and the “no refusal” law in Austin keeps winning in the fight against Texas DWI tragedies.