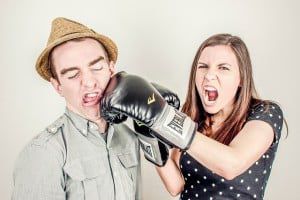 Penalties for drunk driving can vary by state, just as the effectiveness of each method varies. West Virginia has a comprehensive car breathalyzer or ignition interlock program for all DUI offenders, but there are those who aren’t convinced that particular consequence is enough. Logically, an ignition interlock only works when a person is about to drive (or, already driving), so why not force a DUI offender to just stop drinking, entirely?

That’s the rationale behind 24/7 sobriety programs – an option that West Virginia may look into expanding for repeat DUI offenders in the state. It makes sense, in theory, to just take away the drinking and the alcohol. However, when it comes to DUI, 24/7 programs are only a part of the solution, especially since they only reduce repeat offenses by 12%.

If taking away a person’s ability to drink doesn’t stop them from drinking and driving, how can West Virginia say it is reducing its number of DUIs? With ignition interlock devices and the Alcohol Test and Safety Lock program. Overall, ignition interlock devices reduce repeat DUIs by 64%, according to M.A.D.D.  West Virginia’s DUI reductions are at a reported 49% decrease from the numbers reported in 1984, an astounding figure if you consider the number of lives that are being saved through the state’s efforts.

Even with a 12% success rate, 24/7 Sobriety programs are helping to keep the streets safe from drunk drivers, and with other alcohol-related problems, such as assault and other criminal behaviors. Combined with an ignition interlock program that gives a DUI offender the ability to resume their normal life, those programs can only find exponential success in the fight against drunk driving. You can insist a person never drinks again, but that does not mean that person won’t try to find a way to keep up the habit, even if they are being monitored 24/7 for alcohol use. At least with an ignition interlock device, they cannot get behind the wheel of a car if they’ve been drinking.

Austin, Texas, Refuses to Back Down from DWI Fight
Next Post: DUI Tragedy: The Miami Marine’s Last Day