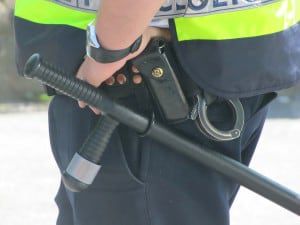 Plenty of states in the U.S. allow sobriety or DUI checkpoints as a way to keep drunk drivers off the roads. Normally a DUI checkpoint works as a “screening tool” for intoxicated drivers, but they can also stand as deterrents for anyone who may be considering driving home after drinking. Either way, California law supports sobriety checkpoints, with a  few considerations that all drivers need to know.

A California DUI or sobriety checkpoint must:

California has eight specific guidelines for sobriety checkpoints that keep life as normal as possible, while law enforcement is able to remove dangerous drivers from the road. Because of the “implied consent” laws in the state, if you are stopped at a sobriety checkpoint (or, as a normal traffic stop), you cannot legally refuse a breathalyzer or other chemical test to determine your blood alcohol concentration (BAC). By refusing the test, or even by avoiding or turning away from a checkpoint, you are indicating to law enforcement that you could potentially be intoxicated, which is usually enough probable cause for an arrest, after which you will be compelled to provide a BAC sample. Plus, you will automatically lose your license for a year and potentially have a car breathalyzer or an ignition interlock requirement as a result.

Any sobriety checkpoint is an effective method of reducing the number of intoxicated drivers on the road, either through the visual screening by law enforcement, or by people choosing to make better decisions when they have been drinking, or know they will be drinking.

How Long is the Virginia DUI Lookback Period?
Next Post: 2 Points to Ponder About That BAC Calculator