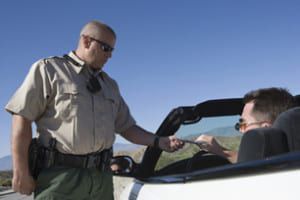 Drinking and driving is a serious crime, especially when it comes to risking the lives of others on the road. Still, each state in the U.S. shows a little understanding when a person is arrested for drinking and driving, but has not actually harmed another person. A first-offense DUI charge where you fail a breathalyzer during a sobriety checkpoint, for example, will often lead to the least restrictive punishment for the crime: court fines, DUI classes and even an ignition interlock device could be ordered, but, you will probably not face any jail time for what is often considered a poor judgment call.

However, once you’ve begun to show a pattern of bad judgment in regards to drinking and driving, the laws aren’t as easy on you. For any subsequent DUI charge, you will face more penalties, fines and consequences for your actions, no matter what state you call home.

California’s DUI laws follow the same kind of graduated penalties for repeat DUI offenses or for convictions with aggravating circumstances. Up until a fourth DUI in the state, you will be charged with a misdemeanor crime only. Once you get four DUI convictions in California, you will face felony DUI charges as well as being designated a habitual traffic offender for three years.

A felony DUI in California could also mean you will have to face the following:

Nobody sets out to become a felony DUI offender, which is why there are ignition interlock devices and other methods to prevent repeat drunk driving incidents. Since DUI laws often hope to help rehabilitate an offender before bad judgment can become a deadly accident, the first time you are faced with a drunk driving charge, it is time to think about how you can make better decisions in the future.