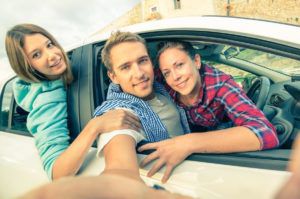 When we are teenagers we rarely think through the consequences of our actions. It is a time for personal growth, and making mistakes is a part of that. However, some mistakes can last a lifetime.

When you arrive at a party, whether you are a teen or an adult, a choice has to be made. However, for teens in California, the consequences of making the wrong choice are severe. California, like all states, has a zero-tolerance policy for underage DUIs. That means if you even have a negligible amount of alcohol in your system, you will be charged with a California underage DUI. So, think twice before taking that beer someone offers you on Friday night.

There are three levels of California underage DUI:

If you have a BAC of .01% to .04% you will be charged with a Zero Tolerance offense, and if convicted, your driver’s license will be suspended for a year.

If you have a BAC of .05% to .07% you will be charged with an underage DUI. If convicted, you will have to pay a fine of $100, your driver’s license will be suspended for a year, and you will be required to complete an alcohol education program.

If your BAC is .08% or above you will be charged with a standard DUI. You will face all the same penalties as anyone else convicted of a misdemeanor DUI, including up to 6 months in jail, license suspension for one year, and fines up to $1000.

You also may be charged with secondary charges such as minor in possession or soliciting alcohol. You could also be required to install and maintain an ignition interlock device on the vehicle you drive, regardless of whether or not you own it.

Bottom line: drinking and driving is never a smart choice, regardless of your age. Being young is not an acceptable excuse for this behavior and no judge or prosecutor will make it easier for someone for being young. You don’t only endanger your life, but you endanger everyone’s life around you when you drink and drive. Be responsible enough to know when to draw a line.