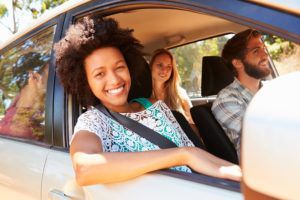 Every state in this country has laws governing drinking and driving. These laws don’t only apply if you are of legal age to drink. In fact, if you are underage the laws are even more stringent. There is a zero-tolerance law in effect for underage drinking and driving across this entire country. If you are caught, you will be charged with a Florida underage DUI.

In Florida, the blood alcohol concentration (BAC) level that triggers a Florida underage DUI is .02 percent. Parents and teens alike need to be aware of both the laws that govern underage DUIs and the penalties associated with them. If a teen is pulled over under suspicion of driving under the influence, they will be required to submit to a breath test. Being a licensed driver is considered implied consent to this testing in Florida; so if you refuse to test, you will be treated the same as if your BAC tests above .02 percent.

If you either have a BAC of above .02 percent but less than .08 percent or refuse to test you will have your license administratively suspended immediately. If your BAC registered above .02 percent, your license is suspended for 6 months for a first offense and 1 year for second underage DUI offense. If the suspension is the result of refusing to test, it’s 12 months for the first offense and 18 months for the second.

If your BAC is found to be .08 percent or above your Florida underage DUI becomes a criminal DUI with all the same penalties associated with someone over 21 getting a DUI plus you may face extra penalties because you’re underage. The standard penalties for a first offense Florida DUI are up to 6 months in jail, $500-$2,000 in fines, 180 days to a year license suspension, and the mandatory installation of an ignition interlock device. Other penalties include increased insurance premiums and conviction can hinder your ability to get into college or a job.

Teens and parents alike need to be knowledgeable about the consequences of Florida underage DUIs. Having this conversation will open lines of communication and may help teens make smarter choices about drinking in general or make that phone call for a no questions asked ride home if they do choose to drink at a party. Help keep teens safe by discussing underage drinking honestly and openly.