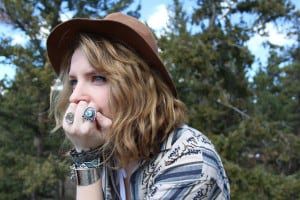 The use of car breathalyzers and ignition interlock devices is on the rise in the U.S., with more states adopting all-offender requirements for convicted drunk drivers than ever before. Not only can a person with a court conviction be required to use an ignition interlock, but, the majority of states also have an administrative license revocation (ALR) policy that allows law enforcement to immediately suspend the license of a DUI suspect on behalf of the DMV or other state agency. Then, even before going before a judge, that suspect can sometimes apply for a restricted license and ignition interlock device. That way,  they aren’t put in a position where they have to illegally drive to get into court.

California’s current ignition interlock laws are handed down in the courtroom, not through the DMV, making it tough to get through the initial 30-day license suspension for a first-time DUI offender… not to mention anyone with more than one conviction. That first-time offender can apply for an interlock after the 30 days, but, that month of missed appointments and days at work can really add up, making it seem a better option to drive on a suspended license. Of course, that illegal driving only gets worse if the person is also intoxicated… which is why California might need to reflect on both the consequences in court for a DUI and the administrative penalties imposed at the time of arrest.

An ignition interlock takes both situations out of the picture: a driver is unable to operate a vehicle if they have been drinking, even before their court date, and they are able to legally drive to that very important appointment. While California looks at expanding the current ignition interlock laws across the state after a conviction, that missing move to implement an quick interlock solution could make all the difference in the safety of residents, and the “rap sheet” of DUI offenders.

Grow Up or Go Home: DUI Child Endangerment in Oklahoma
Next Post: The Benefits of Being the Designated Driver