Can You Refuse a Texas DWI Breathalyzer?

You are here: Home / Laws / Can You Refuse a Texas DWI Breathalyzer?
September 5, 2016 by Editorial Staff 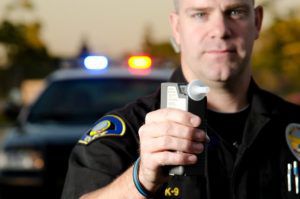 After a Texas DWI, there are a few different ways you may end up with an ignition interlock device (IID). Most commonly, you may have an IID requirement if you are found guilty of operating a motor vehicle with a blood alcohol content (BAC) level over 0.08 percent. You can also end up with one if you refuse to have your breath tested by an officer during the course of your Texas DWI traffic stop. That refusal violates the implied consent laws in the state and can be used as probable cause to further investigate your level of intoxication… setting you down the road to an arrest, hearing, possible conviction and an interlock device, no matter the outcome.

Texas recently updated its law to allow ignition interlock devices for all DWI offenders, too.

A Texas DWI is a big deal, and that’s why the state has moved forward with interventions like an ignition interlock. The devices allow an offender to retain more freedom to drive under a restricted license, helping keep work and family obligations stay in motion.

It may be frustrating to cope with an ignition interlock system at first, but most people enjoy their freedom to drive a lot more than the alternative. A Texas DWI is taken very seriously, as well as with a grain of salt. People do make mistakes and are often given the least restrictive environment in order to maintain a positive outlook – that’s another benefit to the device.  Whether you are facing the administrative consequences for refusing the breathalyzer, or judicial conviction, your right to an ignition interlock is also your ticket to a speedier recovery after a DWI.

During a Texas DWI stop, you can refuse a police breathalyzer, just know that the outcome won’t be a “get out of jail free” card. You’ll still lose your license, and will need an ignition interlock to restore your restricted privileges and have even more steps to take to get past your drunk driving mistake.

Previous Post: « How to Avoid a Labor Day DUI
Next Post: Congrats to California: Ignition Interlock Expansion Pulls Through!