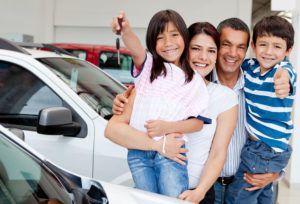 Not all states treat drunk driving with a child passenger the same. Yet, a strong policy (including felony charges) against those drivers is one of MADD’s main criteria for rating state’s DUI efforts. Nebraska DUI child endangerment laws fall short of the organization’s recommendations.

MADD encourages states to adopt the felony penalty in order to send a strong message about DUI child endangerment. Nebraska only has a misdemeanor charge, although that applies to any child 17 and under. Many states will also charge a DUI driver with a child passenger with child abuse charges, levying a world of other problems for that driver.

Across the U.S., 209 children were killed in drunk driving crashes in 2014. 56% of those children were riding with drivers who later tested with a blood alcohol concentration (BAC) of .08 or greater. MADD cites New York’s “Leandra’s Law” as a model DUI child endangerment law for the rest of the U.S. Nebraska may only exceed recommendations in the age of the child passenger, but little else.

As responsible adults, we need to keep in mind that our children, or those we are transporting, have little to say about whether we are allowed to drive them or not. It is vital that we respect their rights, as well as the rights of others on the road, to get home safely without the risks of driving with a drunk driver.

Nebraska may not have plans to revisit its DUI child endangerment laws this year, a little encouragement from MADD and the rest of us could make that happen. All it takes is enough people joining together and making their needs known to enact big changes. Even as the Nebraska legislative session begins to wind down, this is perhaps the best time to start planning for the next time our lawmakers are ready to listen and make more changes.

Reasons Not to Refuse a Breathalyzer Test
Next Post: Cost of a California Ignition Interlock Device