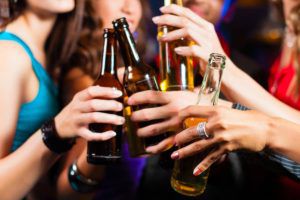 Binge drinking is almost a rite of passage for college students. Whether it is the first taste of freedom or a way of gaining acceptance among students, binge drinking is a fact on U.S. campuses.  That also means that DUI convictions are happening at younger and younger ages. A California DUI could be a big stumbling block for college success, as more institutions of higher learning are asking for information regarding criminal convictions, especially as scholarships become more competitive, not to mention graduate programs and schools where character and moral development are taking a larger role in the consideration of applicants.

Each year, about 1,825 college students between the ages of 18 and 24 die from alcohol-related unintentional injuries, including motor-vehicle crashes.

A California DUI doesn’t mean you will be denied admission. There are programs in the state to defer the conviction, as long as you follow the state’s guidelines for a deferred sentence. Sometimes, those guidelines apply to offenders with multiple DUI convictions, too. Most of the time, there will be an ignition interlock requirement as part of the package, DUI deferral deal. Once all requirements are met, the California DUI could be dismissed, enabling a clean record while applying for college admission at your chosen schools.

The competition in college can be stressful, even without a pending California DUI. While it is easy to say that binge drinking or drinking and driving isn’t worth the risk, we all know that sometimes decisions made under the influence of alcohol aren’t always made with care or common sense. Fortunately, there are ways to find a fresh start after one of those mistakes and move on with life, while continuing to reach educational goals. The college years are filled with fun times and tough choices, and while a California DUI may not be one of your finest moments, it is good to know you may have a way out of trouble after one or four too many drinks.

Dangers of Sleeping off a Night of Drinking
Next Post: How to Set Aside an Arizona DUI