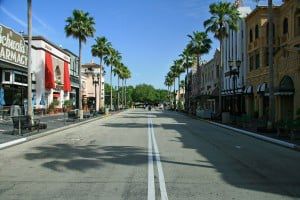 The crazy world we live in always seems to find a way to mention the state of Florida and the “madness” of some of its residents. Like, right now, there is a Florida restaurant-slash-gun-range about to fire up… or open up. The best part is that like most other restaurants in both Crazyland and Sanityville, this one will also serve alcohol.

Because appetizers, guns and a few shots of tequila is probably the go-to recipe for many of those “A Florida Man” headlines we can’t get enough of.

We are sure these types of restaurants are filled with safety precautions and that the alcohol served won’t have much affect on the guns. The alcohol, however, can still affect the people drinking it, whether they have guns or not. Just like a person with a gun is more dangerous after tossing back those shots of tequila, that person is just as dangerous when they hop into a car and drive away. We agree that guns in a restaurant may be a shocker, there is still the equally shocking reality of drunk drivers on Florida’s roads.

Florida has made great strides in keeping drunk drivers off the roads, with penalties like car breathalyzers and ignition interlock devices, not to mention the financial and other consequences. But, just like choosing to pick up a weapon when you’ve had too much to drink, you also have a choice to start your car and drive if you’ve been drinking.

Most Florida residents don’t make eye-catching headlines, but plenty end up in the rest of the news as victims of drunk drivers. Whether you’re at the new restaurant with a shooting range or trying to decide whether you should call a taxi after you’ve been drinking, remember that the right choices keep everyone out of the headlines and that nobody should be worried about your next move after “last call.”