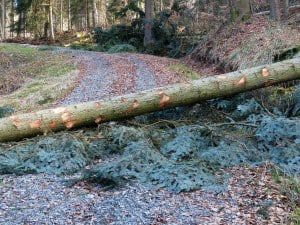 In states like West Virginia, if you are charged with a DUI, you will need an ignition interlock to resume driving… even before you’re convicted of the crime. This “administrative license restriction” (ALR) happens through the same agency that gave you your driver’s license, and more states are adopting the same policy to curb drunk driving.

It can take a while in any state to get into court for a DUI or drunk driving charge. Even a 30-day license suspension could leave an accused drunk driver a “gap period” to commit another offense before the court hearing occurs. With an ALR, there’s no gap, just an extra level of security for others on the road. The ALR policy in West Virginia also goes further – if your DUI case is dismissed in case and you aren’t ordered to install an ignition interlock, you still have to fulfill your DMV requirement.

We understand that an ALR can seem a little outside of the jurisdiction of the DMV, but, it also makes sense from the “administrative” angle. The monitoring of a person who was arrested for having a blood alcohol concentration (BAC) level at or above the legal limit requires more than a one-time court visit. It is a constant process to ensure a driver is maintaining sobriety when driving. Logically, the same place that monitors all other traffic violations has the potential to keep an ignition interlock driver in check, as well.

An ALR in West Virginia doesn’t mean you can never drive again, it ensures the safety of other drivers on the road after you’ve gotten yourself into a drunk driving mess. There’s no interference, just a process that keeps reminding you that if you want to keep driving after a DUI in West Virginia, you need to be sober while doing so.

Danger or Dinner: Florida Gun Ranges and Drunk Drivers
Next Post: Did You Fail Your Car Breathalyzer Test?