What if your Designated Driver is Drunk?

You are here: Home / General Information / What if your Designated Driver is Drunk?
November 6, 2014 by Editorial Staff 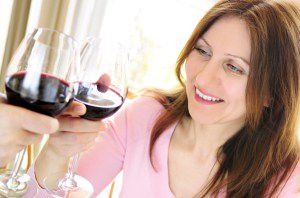 Designated drivers are heroes:  any person who sticks around a bunch of intoxicated friends just to make sure they all get home safely is something to appreciate. Not only does it mean we don’t endanger ourselves or others, but it also means there are fewer drunk drivers on the road.

According to research, a designated driver isn’t always sober, just the “least drunk” of everyone in the group. This means that many times, having a designated driver is just as dangerous as driving yourself home at the end of the night. We can never really know how drunk someone is, especially if we’re drinking and can’t really tell how drunk we are, either.  So, if your designated driver has been drinking at all, you need to choose a different way home. Drinking less alcohol than everyone else in your group is still drinking alcohol.

Previous Post: « Coffee is Less Effective than Ignition Interlock Devices
Next Post: What Kind of Data Does My Michigan Car
Breathalyzer Store?