Do You Need a Texas Ignition Interlock Medical Exemption?

You are here: Home / General Information / Do You Need a Texas Ignition Interlock Medical Exemption?
August 15, 2016 by Editorial Staff 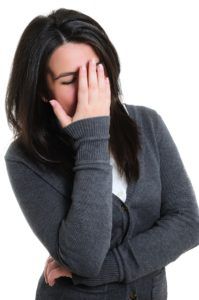 Just this year, Texas expanded access to ignition interlock devices for all DWI offenders. Previously, a first-offense DUI that was considered “low risk” due to a borderline blood alcohol concentration (BAC) level and no aggravating circumstances still came with less freedom than more serious drunk driving incidents. The 2016 Texas ignition interlock expansion allowed even those first-offense DUI offenders the opportunity to drive again after their conviction, as long as there was an ignition interlock device installed on their vehicle(s). While the expansion created safer streets, more interlocks also meant more challenges, especially when it comes to medical issues… like breathing.

Can DWI offenders with a Texas ignition interlock requirement qualify for a medical exemption?

An interlock relies on a person’s ability to submit a breath sample, to be able to breathe into the device with a somewhat forced hum. For anyone who has asthma or other breathing disorders, even that hum can be challenging. But Texas ignition interlock law says that if you are looking at the device after a DWI, an exemption requires you to provide medical proof of your health issue, and the device will be calibrated to accept a smaller breath sample than “healthy” breathers. So in order to drive legally, you still have no choice but to install and use an interlock, even with a medical condition.

Just remember, even if you have a medical reason that could interfere with your ignition interlock requirement, without the device, you are driving illegally. That could cost you more time with the device, removal from the program or further criminal charges.

Even if you have trouble breathing regularly, your best bet to resume your normal life is to install and maintain an ignition interlock after a DWI. Texas has seen the value of expanding access to interlocks for all DWIs, and there is little reason to take a chance on driving illegally, even if you are worried about your ability to properly submit a breath sample.

Previous Post: « Can a Child Blow into a Car Breathalyzer?
Next Post: Why Are West Virginia DUI Rates So Low? »